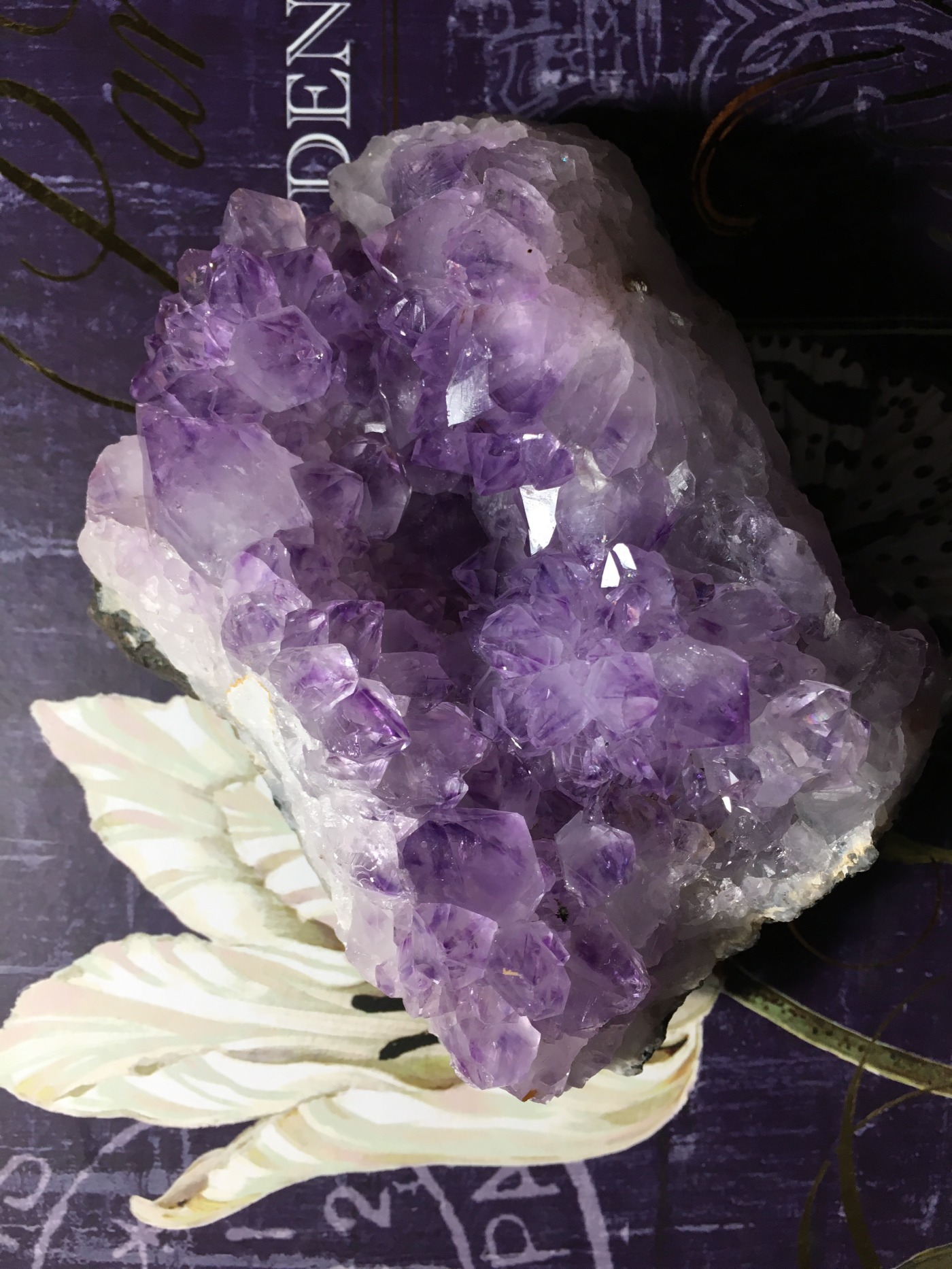 “Wear amethyst and from passion and care you will be kept free.” 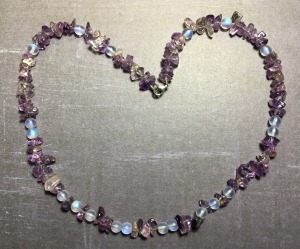 February’s birthstone is the clear-headed sobriety stone, AMETHYST. Ancient Greeks associated its purple color with Bacchus, the god of wine, and they wore amulets of amethyst to prevent drunkenness.  So beware, if you’re planning a night of drunken debauchery, leave the amethyst jewelry at home. If, on the other hand, you wish to retain your sobriety, wear an amethyst in the spot on the body where the stone purportedly does its best work—the navel.

Amethyst is also believed to be a cure for drug addiction, gambling, and even pimples, and as a mystical healing stone it exudes a calming energy to relax the mind. The Hebrew word achlamah translates to “dream stone,” and sleeping with the stone is said to bring strong dreams. (these same powers are assigned to lavender, also purple-colored).

Amethysts have been found in many places throughout the state, from the White Mountains in the north to the southernmost locales of Hampton Falls and the Isles of Shoals.

Geologists estimate that New Hampshire’s mineral deposits are between 350-400 million years old, long before plate tectonics pushed North America off as a separate continent. (Those beautiful rock ledges at the shoreline? They were once attached to Africa!)

A variety of quartz, amethyst owes its purple color mainly to the presence of iron. Formed deep within the earth, a single one-inch crystal, growing at the rate of one atomic layer per year, took some 10 million years to create. 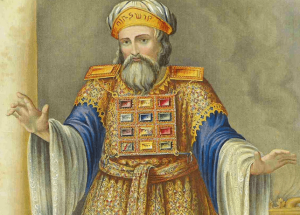 Birthstones are thought to have originated with the 12 gemstones embedded in the magic breastplate of the high priest of the Israelites. Amethyst, like January’s garnet, was one of the stones. The concept was later fused with the 12 signs of the zodiac, which led to the belief that a particular gem protected those born during a particular month.

The National Association of Jewelers created the modern list of birthstones in 1912.

Brought to you by Cheryl Lassiter and History Matters New Hampshire. nh.historymatters@gmail.com